President of Tatarstan received a delegation of Uzbekistan 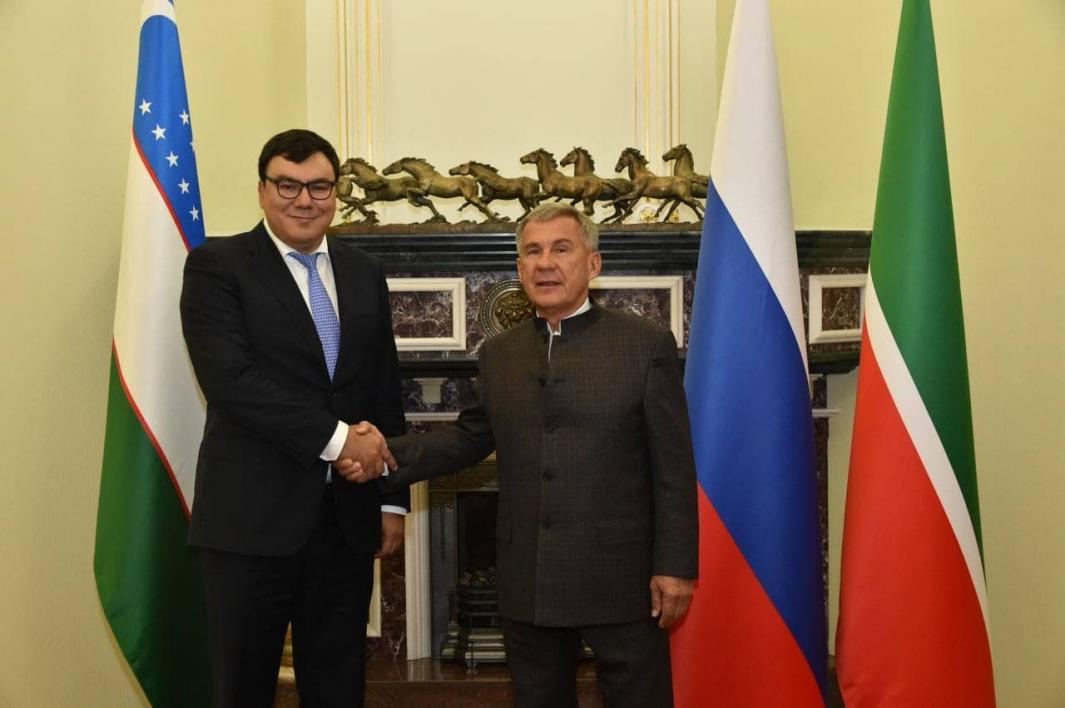 At the reception, Tatarstan was represented by Deputy Prime Minister Marat Zyabbarov, Chairman of the State Committee for Tourism Sergey Ivanov, representative of the Ministry of Foreign Affairs of the Russian Federation in Kazan Radik Vakhitov, First Deputy Minister of Sports Khalil Shaikhutdinov, as well as Deputy Minister of Trade and Industry Geman Lerner, from the Uzbek side - Consul General of Uzbekistan in Tatarstan Farid Nasriev, Secretary General of the National Olympic Committee Oybek Kasimov and Deputy Khokim of Tashkent region Jamshid Babadzhanov. The President of Tatarstan noted that all visits at the highest level, regular intergovernmental and interagency meetings are vivid evidence of effective and stable cooperation between Uzbekistan and Tatarstan, adding that the visit of the Uzbek delegation to Kazan once again confirms this. Rustam Minnikhanov thanked the President of Uzbekistan Shavkat Mirziyoyev for the attention and support of cooperation with the Republic of Tatarstan. “Our relations and joint projects are aimed at strengthening ties between Uzbekistan and Russia. The presidents of the two countries consider it important to continue to create all conditions for the further development of bilateral relations, ”said the President of the Republic of Tatarstan.

Along with this, Rustam Minnikhanov warmly recalled his visit to Uzbekistan and his meeting with the President of Uzbekistan in July this year.

The President of Tatarstan emphasized that the socio-economic reforms carried out in the country under the leadership of Shavkat Mirziyoyev are clearly marked by local residents and foreign tourists. Aziz Abdukhakimov, in turn, spoke about the development of multilateral cooperation and ties between Uzbekistan and Tatarstan, in particular in the field of tourism, cultural heritage and sports, stressing the importance of international events.

As part of the reception, Rustam Minnikhanov invited Uzbek citizens to take part in upcoming sports events in Tatarstan.

“We have extensive experience in hosting major sporting events. In the coming years, a number of major international sports events are planned in Tatarstan. We will be very glad to see participants from Uzbekistan in them, ”said the President of the Republic of Tatarstan.