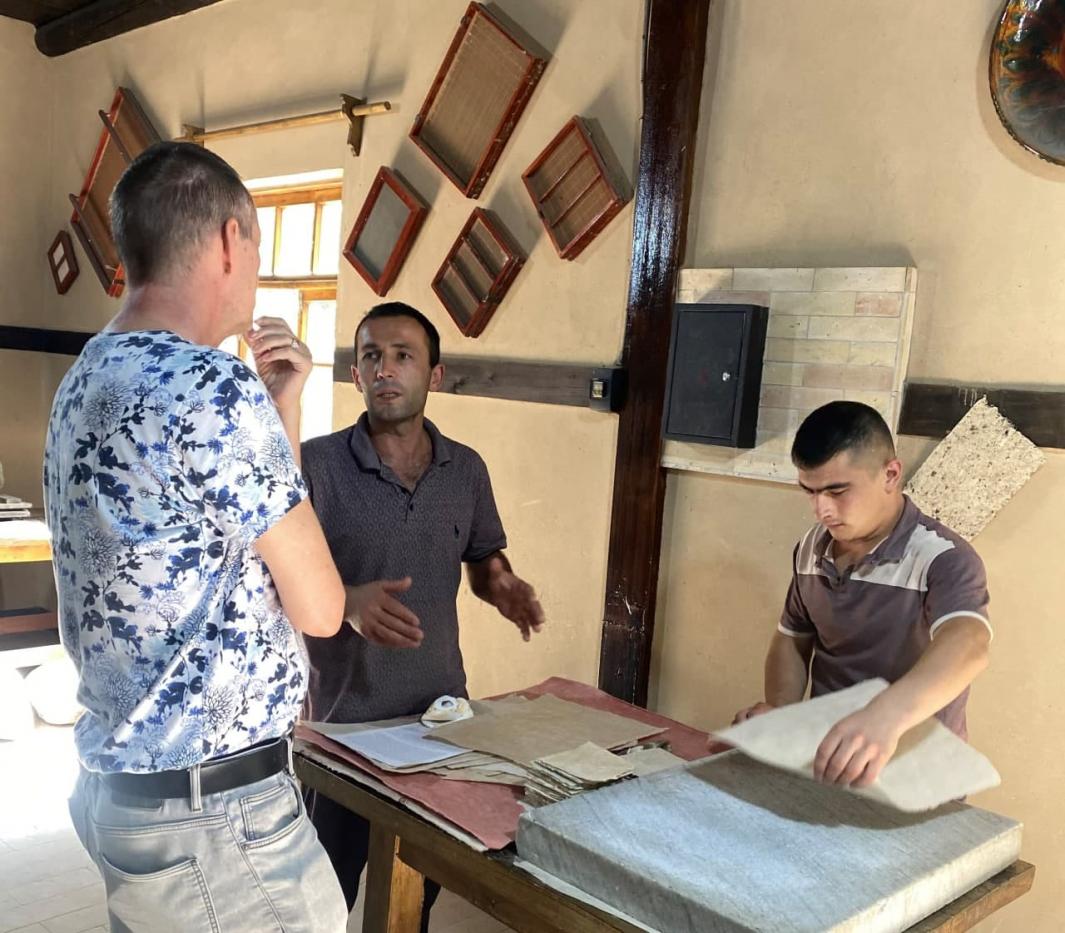 From August 11 to 14 of this year, a working group consisting of representatives of the Association of Private Tourism Agencies of Uzbekistan (APTA) and the National PR Center went to the Jizzakh and Samarkand regions to study the possibilities of the tourist potential of family guest houses and draw up a program of information tours for media representatives and tourist organizations.

The visit of the working group was organized within the framework of the USAID Project for the Development of Entrepreneurship and the Business Environment "Future Growth Initiative (FGI)".

CBT (Community based tourism) is community – based tourism, which implies a form of tourism in which representatives of the local community are involved and receive benefits from their activities. Today, the potential of CBT tourism in Uzbekistan is inextricably linked with the cultural and national characteristics of the region and local communities. Recently, there has been a large increase in the number of CBT tourists, in accordance with which the number of family guest houses is also growing.

Within the framework of the visit to the Zaamin district, the working group visited the guest houses of active participants of the training seminar on "Organization of effective activities of guest houses" organized by the APTA.

According to the results of studying the potential of the region, it turned out that 80 guest houses have been opened in the Zaamin district, which, in addition to accommodation, can offer leisure services to tourists – master classes on cooking national dishes, making folk and applied art products, accompanying local attractions and demonstrating the life and culture of the local population.

The working group got acquainted with the conditions of living in guest houses and studied the potential of local entrepreneurs to open a family guest house. During the visit, programs and routes of information tours on natural objects of the Zaamin district were developed.

On August 13, the working group went to the Samarkand region to get acquainted with the tourist opportunities of guest houses in the tourist villages of Konigil and Tersak.

The tourist village of Konigil is a small populated object located 13 km from Samarkand. The village is famous for its unique traditions of handicrafts, the purest nature, shady trees, the Siab River flowing nearby. Today, the main attraction of this corner is the Meros factory, where paper production is carried out. New tourist routes have already been laid here, craft centers and family guest houses have been opened.

There is a bakery on the territory of the complex, where master classes on cooking Samarkand bread are held for guests. Animation centers that reflect local traditions also operate here. Rural residents produce various souvenirs, which necessarily depict a pattern characteristic of their area.

The Meros paper factory was founded by the artisans Mukhtarov brothers. Thanks to them, the factory revived and established the production of paper in an ancient way – a technology used long before the advent of paper-making machines. The main feature of this technology is manual labor, which uses only natural raw materials.

In order to see firsthand the process of making Samarkand paper, excursions are organized to the factory. Here you can walk around the picturesque territory, see the Charkhpalak water wheel, sit in a traditional teahouse by the river, taste Samarkand pilaf and local fruits.

Ethnovillage Tersak is located in the south of Samarkand, 45 km from the city, at the foot of the Zarafshan ridge, at an altitude of 1100 meters above sea level.

There are 4 villages near the Tersak River of the same name, and the length of the valley is more than 8 km. The village of Tersak itself attracts tourists with its charming flora and fauna. Here you can stay in newly opened family guest houses. An interesting fact is that the majority of the population speaks English and French fluently.

In the old days, Tersak was one of the oldest settlements of the nomadic Saka tribe. The valley near the Zarafshan ridge was inhabited by 4 brothers from the Saka tribe, as a result, the village became known as Four Saks, and later Tersak. Every river or rock in the Tersak Valley has its own history, and legends and myths are passed from mouth to mouth and have reached our days.

This project is being implemented with the support of the Ministry of Tourism and Sports of the Republic of Uzbekistan.